HOMEOPATHY AND TYPHOID FEVER
Typhoid fever is a bacterial infection that spread throughout the body. Typhoid fever is also known as "ENTERIC FEVER". Another serotype of this bacteria that causes typhoid is Salmonella paratyphi. It is potentially fatal multi-systemic illness. It is significant disease burden mostly affecting the world's poor in low and middle income countries.The condition is highly contagious and the bacteria can be passed out of the body in a person's faeces & sometimes their urine. One of the main ways in which typhoid infection spreads is via contaminated water & food. If someone consumes
food or drink that has been contaminated with infected faeces or urine, the bacteria multiply in their body & spread into the blood stream.
CAUSE OF TYPHOID: It is caused by bacterium called "Salmonella typhi" usually through ingestion of contaminated food & water.
INCUBATION PERIOD:Depends on inoculum size and host factors;from 3days to over 60 days-usual range 8-10 days.
DURATION OF ILLNESS: 4-6 weeks
DIAGNOSIS: Stool tests and blood widal test,urine test are done. WHAT ARE SIGNS & SYMPTOMS:
Prolonged fever 103-104 ºF.STEP LADDER like fever, Headache, Nausea, Loss of appetite, Constipation or sometimes diarrhoea,Abdominal pain, Sometimes chest congestion, Weakness, Cough, General aches and pains, Red spots on skin,
Intestinal bleeding or perforation (after 2-3 weeks). Clinically severe cases may lead to death.

PREVENTION & MANAGEMENT: In aphorism 7,According to Dr.Hahnemann in organon of medicine.
Now, as in a disease, from which no manifest exciting or maintaining cause (causa occasionalis) has to be removed, we can perceive nothing but the morbid symptoms, it must (regard being had to the possibility of a miasm, and attention paid to the accessory circumstances – aphorism 5) be the symptoms alone by which the disease demands and points to the remedy suited to relieve it – and, moreover, the totality of these its symptoms, of this outwardly reflected picture of the internal essence of the disease, that is, of the affection of the vital force, must be the principal, or the sole means, whereby the disease can make known what remedy it requires – the only thing that can determine the choice of the most appropriate remedy – and thus, in a word, the totality of the symptoms must be the principal, indeed the only thing the physician has to take note of in every case of disease and to remove by means of his art, in order that it shall be cured and transformed into health. Hahnemann certainly loved long sentences, packed with meaning! Symptoms as a guide to the inner essence of disease & remedy selection
In this aphorism, Hahnemann begins to outline the importance of symptoms themselves in the understanding of disease, and for identifying a therapeutic medicine.
Hahnemann’s proposition is that the totality of the patients symptoms (not a single symptom, but the sum or entirety of symptoms) are the outwardly reflected picture of the internal essence of the disease. So to know the essence of disease, all that needs to be understood is this totality of symptoms. And this, in turn, can guide selection of a homeopathic medicine. Correctly understanding the significance of symptoms. Hahnemann mentions three qualifications for understanding the disease essence through symptoms. These are that: any exciting or maintaining cause have been removed, and therefore, the symptoms experienced are not attributable to these aggravators. In the footnotes to this aphorism,

Hahnemann gives the ‘accessory circumstances’ are understood, such as those due to the patients lifestyle. For example, it would be natural to expect someone with an occupation with high demands to be experiencing at least a little stress; these symptoms aren’t due to the disease, but rather to the circumstances, some or more of the symptoms may be attributable to a ‘miasm’ – the deeper roots which predispose us to disease, such as genetics.
How To Prevent Infection: WHO recommended 3 typhoid vaccines.
1. An injectable typhoid conjugate vaccine (ICV)- for children from 6 month and adults upto 45 yrs of age.
2. An injectable Vi-Ps vaccine- For persons aged 2 yrs and above.
3. An oral live attenuated Ty21a vaccine-For over 6 yrs of age. MANAGEMENT:
1. Do not eat or drink contaminated food or water.
2. Avoid raw food.
3. Frequently wash hands using hot, soapy water before preparing or eating food, as well as after using the toilet.
4. Practice good sanitation habits. HOMEOPATHIC TREATMENT FOR TYPHOID:
Homeopathic medicine act at the root to stop recurrence of the disease
process. They stimulate the disease fighting mechanism of the body, as the immune system of the body is strengthened its resistance to Salmonella typhi bacteria increases. Homeopathic medicines added advantages as of using the body's own restorative processes to make it disease-free.
HOMOEOPATHIC MEDICINE:
TYPHOIDINUM-It gives in early stage of disease.If typhoid spread in a particular area,so its 1 or 2 dose use as a preventive for typhoid fever in

Reference:
1.5th & 6th edition of Organon of medicine by Dr.Hahnemann. 2.Materia medica pura by Dr.Hahnemann.
3.On the basis of my 10 yrs practical experience of treatment of various diseases. 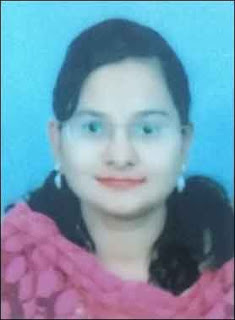 HERBAL TEA TO PREVENT CORONA VIRUS Today everyone known about Corona Virus, how to prevent yourself what food to eat you should know about this First- ingredients-Ginger-1/2 Tulsi Leaves (Basil leaves) Lemon Honey HOW TO MAKE- Boil half Bowel water and add...

Don't be afraid to Corona Virus Homeopathy will Help you When your immunity is Strong Automatically virus not Attack your Body, first medicine everyone knows about ''ARSENIC ALBUM'' Arsenic Album-Thin watery, excoriate discharge, Nose feels Stopped up, Sneezing without relief Dose-Arsenic album-30 drops 10-15 add in half cup of water thrice a day Alllium cepa-...

Don't be afraid to Corona Virus Homeopathy will Help you When your immunity is Strong Automatically virus not Attack your Body, first medicine everyone knows about ''ARSENIC ALBUM'' Arsenic Album-Thin watery, excoriate discharge, Nose feels Stopped up, Sneezing without relief Dose-Arsenic album-30 drops 10-15 add in half cup of water thrice a day Alllium cepa-...

Life style disorders: Homoeopathy Medicine Lifestyle diseases have replaced traditional health risk factors resulting in an increase in incidents of disease and deaths in India in the last two decades â€œLifestyle diseaseâ€ by itself literally means a...