Respiratory disease is a medical term that encompasses pathological conditions affecting the organs and tissues that make gas exchange possible in higher organisms, and includes conditions of the upper respiratory tract, trachea, bronchi, Bronchioles, alveoli, pleura and Pleural cavity, and the nerves and muscles of breathing. Respiratory diseases range from mild and self-limiting, such as the common cold, to life-threatening entities like bacterial pneumonia, pulmonary embolism, and lung cancer.

In humans the anatomical features of the respiratory system include airways, lungs, and the respiratory muscles. Molecules of oxygen and carbon dioxide are passively exchanged, by diffusion, between the gaseous external environment and the blood. This exchange process occurs in the alveolar region of the lungs.

The respiratory system lies dormant in the human fetus during pregnancy. At birth, the respiratory system becomes fully functional upon exposure to air, although some lung development and growth continues throughout childhood. Pre-term birth can lead to infants with under-developed lungs. Smoking and air pollution are two common causes of respiratory problems.

Irritation of the lungs can lead to asthma, emphysema, and chronic bronchitis and people can develop two or three of these together.

Any irritant reaching the bronchi and bronchioles will stimulate an increased secretion of mucus. In chronic bronchitis the air passages become clogged with mucus, and this leads to a persistent cough.

The delicate walls of the alveoli break down, reducing the gas exchange area of the lungs. The condition develops slowly and is seldom a direct cause of death.

Periodic constriction of the bronchi and bronchioles makes it more difficult to breathe.
Pneumonia - An infection of the alveoli. It can be caused by many kinds of both bacteria and viruses. Tissue fluids accumulate in the alveoli reducing the surface area exposed to air. If enough alveoli are affected, the patient may need supplemental oxygen.
Disorders of the respiratory system are usually treated internally by a pulmonologist or respiratory physician.

=}In the US, approximately 1 billion "common colds" occur each year.

=}Respiratory disease is a common and significant cause of illness and death around the world.

=}Respiratory diseases (including lung cancer) are responsible for over 10% of hospitalizations and over 16% of deaths in Canada.

=}A study found that in 2010, there were approximately 6.8 million emergency department visits for respiratory disorders in the U.S. for patients under the age of 18.

=}In the UK, approximately 1 in 7 individuals are affected by some form of chronic lung disease, most commonly chronic obstructive pulmonary disease, which includes asthma, chronic bronchitis and emphysema.

=}According to the WHO Global Status Report on NCDs 2010, smoking is estimated to cause about 71% of all lung cancer deaths and 42% of chronic respiratory disease worldwide. Of the six WHO regions, the highest overall prevalence for smoking in 2008 was estimated to be the in the European Region, at nearly 29%.

=}According to the Centers for Disease Control and Prevention (CDC), COPD is the fourth leading cause of death in the United States. Its prevalence increases with age. Men are more likely to have the disease, but the death rate for men and women is about the same.

=}In developed countries the frequency of life threatening acute respiratory infections has dropped over the last 50 years. This is probably due to improved living conditions and health care. Within Europe, there tends to be more asthma and allergy in the West and more infectious diseases in the East.

Monitoring a patient's respiratory status usually takes place in a hospital setting and may be the primary purpose for a patient being observed or admitted to a medical setting. The physical signs of respiratory distress may present as a patient appearing short of breath, having an increased work of breathing, use of their accessory muscles, and changes in skin color, general pallor, or partial or complete loss of consciousness. When the initial efforts of respiratory monitoring show evidence of a patient's inability to adequately oxygenate their blood, the patient may require mechanical ventilation.

A correct diagnosis is essential to treat respiratory disease promptly and appropriately. Diagnosis can be straightforward; however, misdiagnosis, under-diagnosis (with cases being missed) and delayed diagnosis can occur, Hogarth says. The reasons for this include disease complexity and overlap among diseases.

Your doctor will do a physical exam and review your medical and family history. He or she will ask you about smoking, childhood conditions like asthma and other risk factors and details about the timing and severity of your symptoms. You may undergo one or more of the following diagnostic tests and procedures:::-

A chest X-ray can show evidence of lung conditions such as COPD, cystic fibrosis and lung cancer.

A CT scan of the chest can really help us identify the pattern of fibrosis in the lungs,Chiarchiaro says. There is one pattern that is very typical of idiopathic pulmonary fibrosis.

These tests measure your lung volume and capacity, airflow rates and gas exchange. PFTs can be done in two ways. Spirometry is a diagnostic test that uses a device called a spirometer with a mouthpiece connected to a small machine. With plethysmography, you enter an airtight, booth-like chamber to perform the breathing test.

For asthma, standard PFTs may not be enough. Someone with asthma may have normal lung sounds and test results because you're testing them when they're feeling great,Hogarth explains. You're not testing them in the middle of an attack. Specialized PFTs use an aerosolized drug called methacholine to irritate or "challenge" the lungs and measure a decrease in lung function that occurs in those with asthma.

This quick, noninvasive test uses a small device called a pulse oximeter. This devices shines pulsating light through your finger to measure the oxygen level of your blood, or oxygen saturation. A normal reading is about 90% or above.

An ABG is a more invasive, but more accurate test to determine oxygen, carbon dioxide and other respiratory-related measurements using a blood sample taken from your artery.

Decreased levels of ATT in the blood can identify alpha-1 antitrypsin deficiency. In our COPD clinic, we routinely check every single patient across the board to screen for (the genetic condition),Kuhn says. Anyone with any evidence of COPD in the family should get tested.

This test uses a bronchoscope – a flexible tube with a fiber-optic system that connects to a video camera – to help diagnose some lung disorders.

Homeopathy has some of the best remedies to cure acute signs and symptoms of different respiratory infections. Using Homeopathy for these infections is beneficial as it has no side-effects. Such infections include include rhinitis, tonsillitis. They are often associated to common cold, sinusitis, ear infection and sometimes bronchitis. The most prevalent disease of this kind is bronchitis. It is an inflammation of the lung's air passages, the bronchi. It can be either acute or chronic. It is supposed to be incurable when it continues for more than two months. The respiratory system renderoxygen to the cells and exclud waste from the body; The different symptoms of respiratory diseases should be treated wisely because long-lasting infections can turn into lifetime lung diseases. Homeopathy offers an exceptionally effective approach to these set of illness. An experienced homeopathic doctor can quickly prescribe an individualized remedy based on numerous factors that are determining the patient's overall health and his addictions. The homeopathic medicines for respiratory infections have the perfect solutions and powers to reduce the symptoms, their intensity and recurrence.


The reason behind inflammation might be bacterial, viral or due to some allergy. The most common reason for the prevalence of bronchitis is the tenderness of the bronchioles caused in the lungs due to fumes or other pollution causing agents. The mucus emitted mostly is whitish in color. Patients undergo shortness of breath while walking, jogging or climbing the stairs. Asthma also strikes the lungs and get affected to cause a narrow passage to the airways. It causes chest tightness, sore throat, nasal congestion, headache, difficulty to take the breath and persistent problem of coughing in the night.

Homeopathy is popular across the world to treat respiratory diseases safely. A right medicine can easily thwart this acute crisis and cure it completely. Asthma, Pharyngitis, and Pneumonia are a few more examples of respiratory diseases that lead to blockage in the chest. 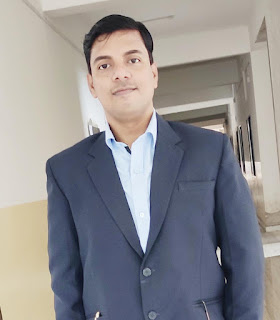 INTRODUCTION- OUR LUNGS are a pair of breathing organs, there is a Right & Left lung Weight- the Right lung is Heavier & Bigger then left lung the lungs together weigh approximately 1.3 kilograms (2.9 lb), and the right is heavier. Because in left lung there is a Cardiac Notch in CARDICA NOTCH OUR Read More

TUBERCULOSIS It is also called T.B. Itâ€™s Bacteria Discovered by the â€˜â€™Robert Kochâ€™â€™ It is an infectious Bacterial Disease; itâ€™s a highly contagious disease that is spread through the air Causative organism- Mycobacterium tuberculosis Question- HOW TO DIAGNOSE T.B.?? Answer- Cough more then 2 or 3 weeks or longer Pain...

HOW TO KEEP YOUR LUNG STRONG AND HEALTHY